As one of the Top Beachbody Coaches in the network, I’ve been waiting on this to happen for years, but Team Beachbody is finally coming to the UK! The official Team Beachbody UK launch date is October 19th, 2017.

There are only a select few male dominated UK Team Beachbody teams available to choose from, but none of them have the success that my team, Team Next Level, has had. Below I’m going to explain a little more about myself, my team, what exactly is involved with being a Team Beachbody Coach and how I’ve become one of the top Beachbody coaches

What is a Beachbody Coach? 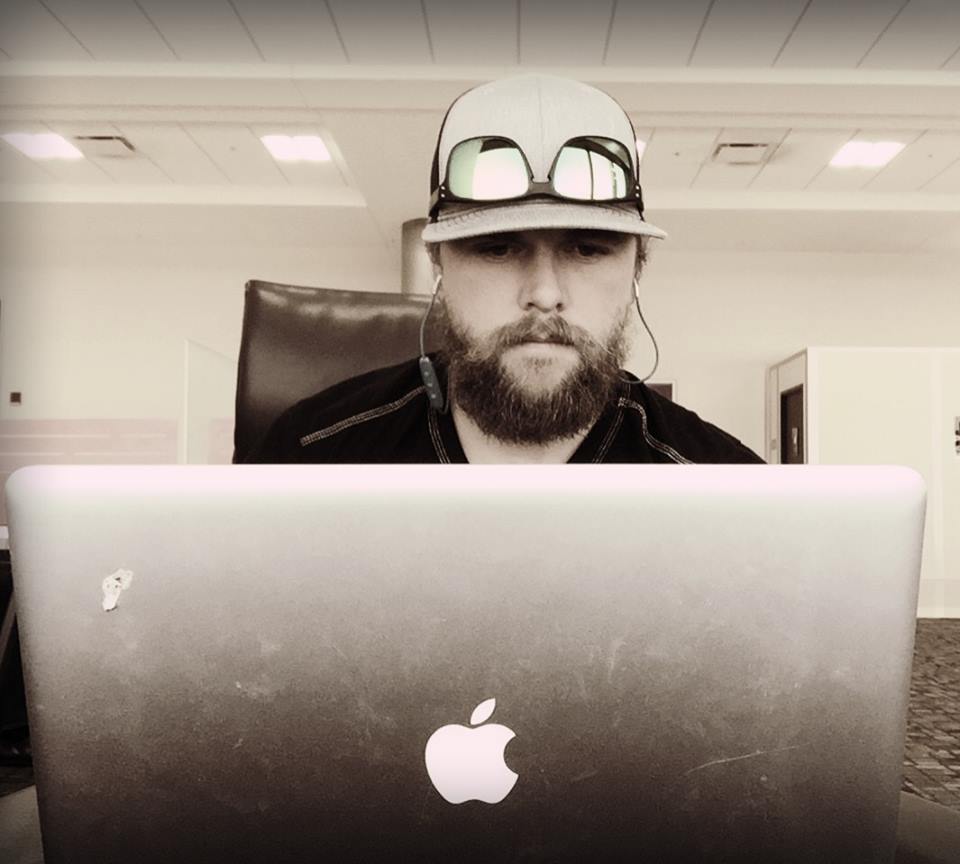 This is very simple. A Beachbody Coach is someone who has a passion for fitness, helping others, and an incredible drive to build a successful business. Basically, we help others by recommending certain Beachbody products that we feel will help them move towards their own personal fitness goals. Once we recommend a complete program, we add them to a “challenge group” and support them throughout their entire journey. The group that I run every month is called the 30 day “Become a Badass” group. The support from not just us, but all of the other people just starting their journey in the group plays a massive role in people’s success with reaching their goals. The support side of it is what makes Team Beachbody so special.

There are two main ways we earn. First, we earn a 25% commission on all of the products we recommend. Next we have the opportunity to earn from people on our team through something called cycle bonuses. I will go into more detail about the compensation plan if you decide to join up.

Interested in joining my Team Beachbody UK Team for men? Great! I have an entire system that I will plug you into once you get started.

In my training I will teach you how to…

You will also have my full support. We will have multiple one on one video conferences and constant email and messenger check-ins. You will have everything you will need to become a successful Beachbody Coach.

Who is Josh Spencer? (Hint: Mentor of Top Beachbody Coaches) 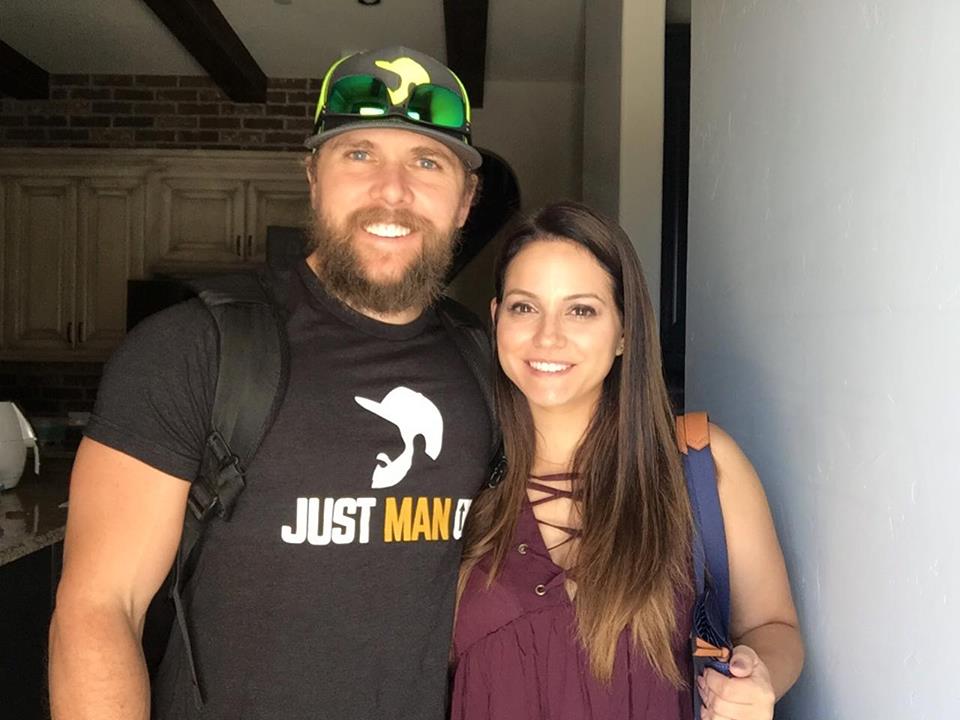 My story in how I got started with Beachbody is an interesting one. First of all, I’m a former athlete. I got a scholarship to play baseball in college. While in school my plan was to play ball, graduate, get a job as a Financial Advisor, and eventually open up my own business as a Financial Planner. After graduation I received multiple job offers from Financial Advising firms and decided to join up with one well known in the area. However, I quickly discovered that it wasn’t what I thought it was. The demand of a highly stressful job took it’s toll on me and I stopped working out, ate like crap, and gained quite a bit of weight over a 2 month span. Eventually it got to the point where it was effecting my work productivity, self-confidence, and relationships and I knew I needed to do something about it.

Late one night while watching TV and eating a bowl of ice cream I came across an infomercial for a program called P90X. What appealed to me so much about this program is that they were advertising it as hard to do. I’m someone with an insane work ethic and wanted a challenge so I decided to go online to purchase it. Fortunately, I got this little slip inside the package that said that I could register for a free Team Beachbody Coach. I had no idea what that meant, but I did it because I definitely needed the extra support. I was assigned my Coach, Barbie, who not only helped me stay on track with my fitness, but helped support me with the other issues I was dealing with in my life at the time. I’m a motivated person to begin with, but having her there to help me along the way, especially with the nutrition part, played an important role in my success. After 90 days of committing 100% to the program and nutrition plan I got into the best shape of my life. 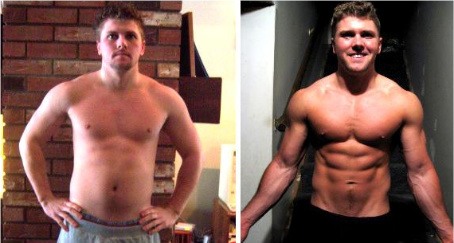 Barbie then asked me to be a Coach but I politely turned her down. I was struggling enough with my current job that it just wasn’t smart to take on anything else. However, after posting my P90X results in the Team Beachbody chat forum I found myself answering questions and helping others all night until about 2 AM in the morning, even though I had to get up at 6 AM. It was enjoyable and fulfilling. It got to a point with my job that I wasn’t making any money and decided to walk into work one day and tell my boss that I was leaving for a week long vacation. There wasn’t anything she could do because I already wasn’t getting paid for not reaching my quota. I decided to drive down to Myrtle Beach by myself to think about what exactly I wanted out of life. I discovered that I wanted to give back, help others, but have the opportunity to create a massive business and financial freedom. Becoming a Beachbody Coach was the answer, so I signed up on July 7th, 2008.

I started out doing it part-time because I was still working my Financial Advising career. Eventually I quit Advising, though, and started working for my dad. I was young, immature, and had no idea what I was doing with Coaching, but I was earning enough to at least cover one of my smaller bills. However, it got to a point quickly where my wife and I were really struggling financially. We had to use government support to help us get by with groceries and other necessities. This was when we hit rock bottom. We lived in a tiny one bedroom apartment, slept on a couch (so that our daughter could sleep in our only room), and struggled to pay our bills. When friends and family asked us to go out and eat we had to decline because we couldn’t afford it. I felt like a complete failure as a father and husband and knew I needed to take action to get our family out of the situation. It was at that point when I decided that I was going to put in maximum effort with Team Beachbody. That was late 2009. In one year not only did I get our family off of government support, but I was able to build an incredible team and eventually complete financial security. Now I am one of the highest earning Coaches in the Team Beachbody network.

I’m a no bullshit, straight-forward type of guy. If I’m doing something wrong, I want someone to tell me exactly what I’m doing wrong and what I need to change, not beat around the bush about it. Because of that, that’s how I am with both the people I coach with fitness and the Coaches on my team. I don’t make excuses and expect the people I work with to not make them as well. Some people dislike my approach because they feel I’m “too tough on others,” but here’s how I see it. My goal is to help people change. That will never happen if I validate their excuses and let them continue on the same destructive path that they are on with both their health and finances. If I’m not honest with them, how will they ever change? Sometimes that’s what it takes to get people to take action to change. What’s important to understand, though, is that I am this way for the right reasons. I’m not trying to be an asshole, but rather I have a desire to make a positive difference in people’s lives. Through years of experience, my straight-forward, no bullshit approach is what has been most effective. People might be upset with me at first because I’m telling them something they don’t want to hear, but they always come back to me later and thank me for being so straight-forward with them. My mission is to help people change and realize their full potential.

All About Team Next Level

I’m one of the few top Beachbody Coaches that has a male dominated team. Why is that? In case you didn’t know, Team Beachbody is female dominated. About 90+% of the network is women. That’s a great thing if you’re a guy because competition is ridiculously low. I have been telling every guy that has joined my team over the past few months that there is no greater opportunity to become successful as a Coach than there is at this moment. It’s going to remain that way for at least a few more years. There are a lot of men out there, especially you UK men, who are looking to join Team Beachbody with someone they can relate to. I hope to be that guy.

If you’re a guy, why is it important that you sign up with another guy? First, it doesn’t matter if you’re a guy or gal, you absolutely need to do your research before joining any team. You want to join a sponsor and team that has a proven track record of success. I constantly get emails and messages from Coaches seeking help because they made a mistake a joined a team without doing any research. You don’t want to become that person. You also want to join someone that you can relate to. Men and women have very different ways of building the business. I’ve got a lot of respect for what many of the women have done with this business, but most are clueless about how to help men build successful businesses and they will admit it. They have a method that works very specifically for women, just as I have a method that works very specifically for men. 95% of my personally sponsored Coaches are men. I’m pretty sure I’m the only team in the network that it this male dominated. I know how to help men build a successful Team Beachbody Business. I also know how to duplicate what I’ve done. That’s proven with how I was able to help one of the men I brought into the business become Top Coach 2 years in a row. No other male Beachbody Coach has the track record of success as I do.

If you decide to join as a Coach on my team, I will teach you that system and help you become one of my team of Top Beachbody Coaches in the UK.

What Makes a Good Coach?

I’ve been around in the business long enough to know the qualities that it takes to become a successful Coach.

You DON’T have to be…

When I started as a Coach, I had no knowledge on nutrition and the only stuff I knew about working out was what I learned in college in the gym and from going through P90X. That’s it! The longer I’ve been a Coach, though, the more knowledge I’ve gained. The same goes with social media. I had no idea how to market effectively using social media when I first began. In fact, I only had about 10 friends on Facebook when I signed up as a Coach. Over time I learned how to use it to help me build a successful business.

How Do I Join Team Next Level?

Fill out the form below and I will get back to you ASAP with more information.

Join me in becoming one of the next top Beachbody Coaches!